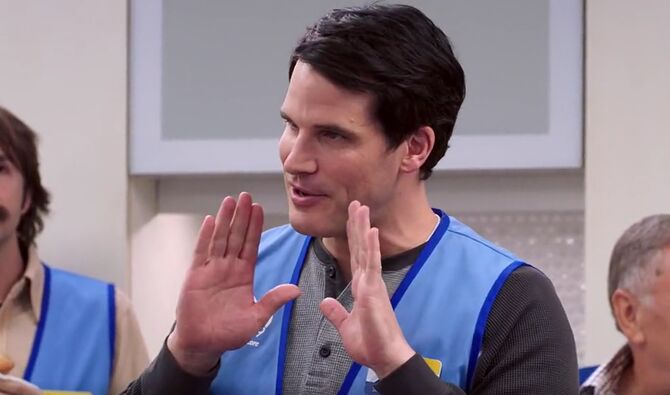 Unfocused and irresponsible, Adam is constantly jumping between different business ideas and ventures, all of which have failed due to his total lack of foresight. Despite this, his lack of self-awareness and unrealistic expectations causes him to commit the same mistakes over and over again, causing stress for Amy. Adam could be quite inconsiderate to Amy, at one point abruptly canceling his plans with Emma so he could pursue an entrepreneur conference, thus depriving Amy of her much needed free weekend. Despite his shortcomings, Adam does genuinely care for Amy and their daughter, and later their son and showed no signs of malice or ill-will towards Amy after the divorce.

Retrieved from "https://superstore-nbc.fandom.com/wiki/Adam_Dubanowski?oldid=24484"
Community content is available under CC-BY-SA unless otherwise noted.