"Angels and Mermaids" is the eleventh episode of Season Three of Superstore, and the forty-third episode of the show overall.

Amy finds herself caught in the middle of a conflict between Cheyenne and her ex-convict mom, Brandi. A personal agreement between Glenn and Dina gets heated when Glenn brings in a lawyer. When Jonah finds out that Kelly believes in angels, Garrett's perfect weekend plans of having the apartment to himself are threatened.

In the Break Room, Dina injects Glenn with saline as she believes that since she needs hormone injections to be his surrogate, Glenn has to suffer as well. Cheyenne asks Amy's advice on the best Green Day piñata for Harmonica's birthday. Amy suggests Minions or mermaids themes instead and then falsely compares Green Day to mermaids. Kelly asks Jonah which puzzle he'd like to do during their weekend away at a cabin. Garrett is excited that he'll have the apartment to himself as his best friend Randy will be coming over to play video games which makes Jonah jealous. In Glenn's Office, Glenn writes Dina a check and also asks her to sign a surrogacy agreement to which Dina takes offense but says she'll read.

In the Break Room, the staff help Cheyenne with items for a mermaid theme birthday party which prompts Marcus to say he wishes he was a mermaid. The existence and creation of mermaids, unicorns and Bigfoot is discussed but when Jonah mentions angels, he is surprised that Kelly believes in them. A woman changes a baby's diaper on the floor of an aisle and then puts the dirty diaper behind produce on a shelf. (♫ Green Day - Basket Case ♫) Dina brings Glenn many edits to the surrogate agreement which includes pictures of her privates which he throws away without looking at. Cheyenne introduces her mother Brandi to Amy. Brandi asks Amy if the store has a Green Day item for the birthday party and when Amy wonders what happened to the mermaid theme, Brandi politely tells her to mind her own business.

Amy and Jonah watch Brandi make Cheyenne shop for Green Day items for the party and Amy expresses her anger towards Brandi. She believes that a mermaid party is objectively better than a Green Day party and walks away in disgust as Jonah says he likes Green Day and that she shouldn't butt in Cheyenne's relationship with her Mom. In his office, Glenn has his lawyer Bruce look over Dina's demands which Bruce thinks is fine except for a few small details. As they shelve items, Amy tells Cheyenne that a Green Day theme party is a mistake and that Cheyenne doesn't have to do everything her mother tells her to do. As they are folding shirts, Jonah clarifies Kelly's belief in angels which offends her. In the Break Room, the staff are classifying various beings as real, mythical or extinct and are annoyed that Justine keeps making the same joke.

In Glenn's office, Glenn introduces Dina to Bruce and assures her it is a friendly meeting. Bruce's talk to Dina is initially kind but then to Glenn's surprise he threatens litigation if Dina doesn't fulfill the agreement. Dina threatens Bruce back and leaves without signing the contract while Glenn tries unsuccessfully to calm both down. Jonah tells Garrett about Kelly believing in angels but Garrett is more interested in his weekend plans. At Coffee & Bakery, Cheyenne tells Brandi she doesn't want to do a Green Day party resulting in admonishment from Brandi towards Amy for meddling. This starts Cheyenne on a tirade of bad choices including not going to college. Amy's tries to address the choices but can't get a word in over Cheyenne while Brandi glares at Amy.

Jonah, Kelly and Garrett have now joined the staff in the Break Room. To convince Jonah of the existence of angels, she recalls a story from her childhood in which she was saved from drowning by one. The staff listens raptly and are moved but Jonah believes the "angel" was a hotel guest. Not believing Kelly in front of the staff results in her calling off their weekend away which concerns Garrett as it will ruin his plans. In private, Amy apologizes to Brandi for meddling and they bond over their mutual dislike of Bo. In the store, Glenn apologizes to Dina for Bruce's behaviour but she indicates that she'll be having sex with Marcus (much to his delighted surprise) and so might become pregnant. Brandi and Amy (who's now on Brandi's side) meet with Cheyenne and tell her she needs to make better life choices. Amy is surprised when Brandi says Cheyenne has to dump Bo. Cheyenne leaves and gives them the finger.

In the Break Room, Marcus is trying to understand the rules for having sex with Dina but she indicates that it was just a negotiation tactic with Glenn which leaves Marcus confused. Glenn arrives with Sandra who he says is his new surrogate. Dina gets frisky with Marcus while Glenn threatens to give Sandra a hormone shot all in front of Mateo who's had enough. He gets Glenn and Dina to make up leaving Marcus and Sandra feeling used and staring at each other. Marcus is so confused he thinks Sandra is hitting on him when she says she's going back to work. Brandi and Cheyenne have worked out their differences and tease Amy for giving too much advice. Cody walks by and insults Amy's hair. Jonah again talks to Garrett about his angel problem with Kelly. Garrett forcefully points out Kelly's good points which Jonah accepts over his suspicions that Garrett doesn't want his weekend ruined. Jonah leaves to convince Kelly to go away on the weekend. Garrett gets on the phone and tells Randy their plans are back on.

“And believe me, if there was any other usable, affordable womb within 1,000 miles of here, I would not be using hers.”— Glenn 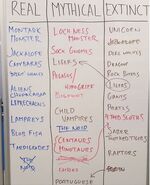