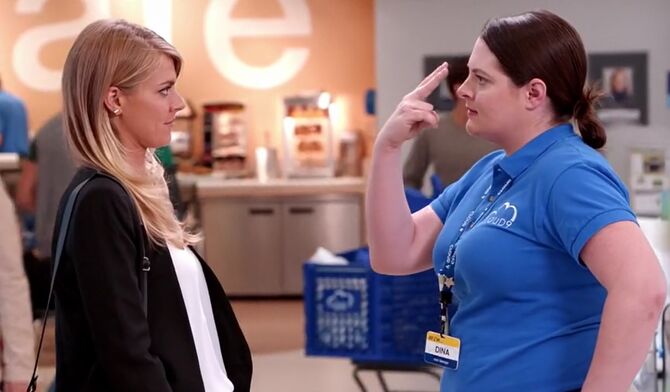 “Framples! Instead of saying, "free samples", we should just say "framples". Wait I have another one! "Shart." For "shopping cart".”— Glenn
“I can't compete with these geisha features. He looks like a panda and a Disney princess had a baby!”— Glenn
“Don't think of it as selling out, think of it as cashing in.”— Cheyenne
“Hello, welcome to meeting me.”— Glenn

Retrieved from "https://superstore-nbc.fandom.com/wiki/Magazine_Profile?oldid=23572"
Community content is available under CC-BY-SA unless otherwise noted.