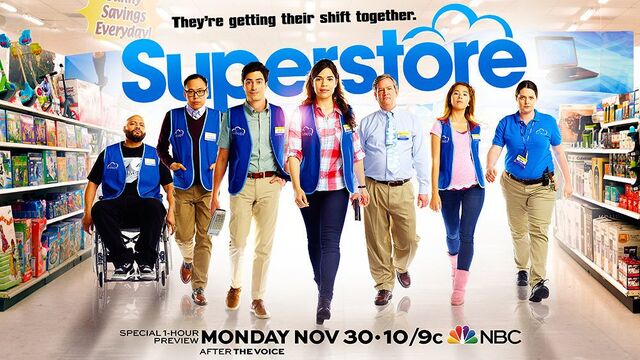 Season One of the NBC television series Superstore has 11 episodes and started to air in the United States on November 30, 2015. It was filmed in Los Angeles, CA, USA.