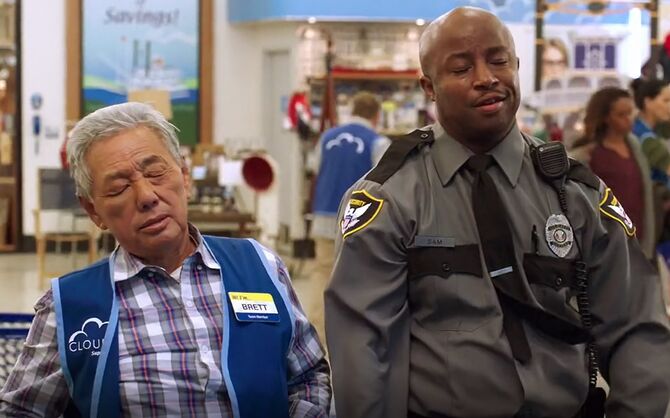 “But yeah, the Sturgises have always been builders. In fact, my ancestors built the ships that brought the very first African-Americans to this country.”— Glenn

Superstore - You Don't Tell Me When to Smile (Episode Highlight)
Retrieved from "https://superstore-nbc.fandom.com/wiki/Super_Hot_Store?oldid=23597"
Community content is available under CC-BY-SA unless otherwise noted.